Message From the Board: Thank You to Our Outgoing CEO 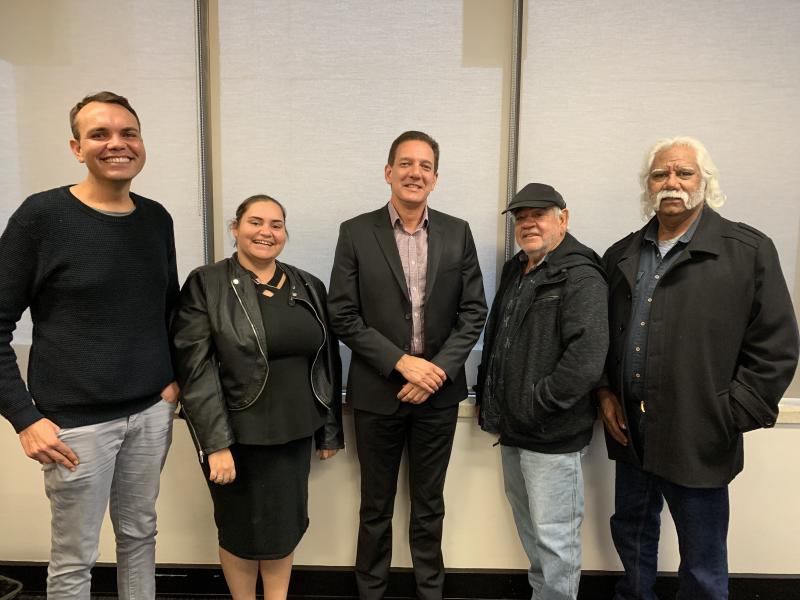 The Banjima Native Title Aboriginal Corporation (BNTAC) Board and Banjima Elders would like to take this opportunity to say thank you to BNTAC's outgoing CEO, Greg Ryan-Gadsden.

Greg has made a number of outstanding contributions to our young corporation over the past 18 months, helping BNTAC grow and develop for the benefit of all Banjima People.

“We would like to thank Greg for his tireless commitment and positive leadership during his time here at BNTAC,” the BNTAC board and Elders said.

“The strategic relationships that Greg has formed with other Aboriginal corporations, community organisations, and government agencies has laid the foundation for a number of crucial Banjima projects and community initiatives.”

Greg will conclude his time at BNTAC on 12 July.

During his tenure as BNTAC CEO, Greg oversaw the implementation and growth of the Banjima Country Management and Ranger program to promote and protect Banjima’s traditional lands, the establishment of the BNTAC’s Member Services Team, which continues to provide crucial support to the Banjima community, and positioned the corporation as the central representative for the Banjima People on a number of key issues.

Greg also played a central role in developing ongoing discussions with the WA State Government over the clean-up of asbestos tailings in the town of Wittenoom — an issue that continues to pose serious health and environmental problems across Banjima Country and the central Pilbara region.

Greg’s direction during these discussions has helped representatives of the Banjima People strengthen their position on Wittenoom, which has already resulted in a number of commitments from the State Government. Both Greg and the BNTAC Board are carefully planning the smooth transition to a new CEO. BNTAC Members will be notified as soon as a new CEO is appointed.

The BNTAC Board and Banjima Elders would like to wish Greg the best in his new role and future adventures.