BNTAC's COVID-19 response: A message from our Team

The past two months have been challenging for our team and our community, but BNTAC has continued its important work without any issues.

Distributions and support by our Member Services team has not stopped, and we continue to engage with the WA government to make Banjima issues heard.

Since March, one of our important tasks has been supporting Members in remote areas. This was a priority as the state government released strict guidelines that restricted movement in and out of Aboriginal communities. This was done to help stop the spread of the virus to these high risk areas.

Since then, our Community Liaison team has worked closely with organisastions like Gumala Aboriginal Corporation to distribute essential supplies to our remote communities. This meant that Members didn't have to travel into towns, risk catching the virus and possibly bringing it back to their mob.

It was also important for us to help Members understand the new rules and regulations set out by government: what they could and could not do, and where they could go. These new regulations were sometimes confusing for everyone.

We still continue to check in with Elders and community leaders, and are currently making sure everyone's education needs are met. 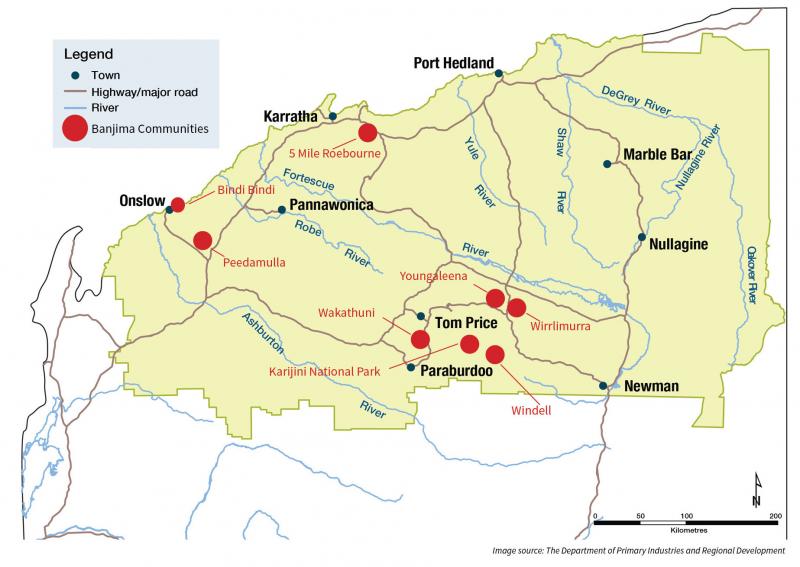 Our support for our communities has been important in a few ways. We have made sure that they have everything they need and we have worked with government to make emergency plans in case there is a need.

We have continually met with Department of Health, Department of Premier and Cabinet, and, last week, the Federal Minister for Indigenous Australians, to make sure Banjima issues are heard.

The groups we are part of

Our RECOV19ER group recently met with the Federal Minister for Indigenous Australians, Ken Wyatt. The Minister said that he aimed to work with the RECOV19ER group in the future, something that highlights how important our work has been during the past two months.

We look forward to opening up the doors of our Perth and Tom Price offices soon and welcoming Members back. Until then we wish everyone a safe month ahead.