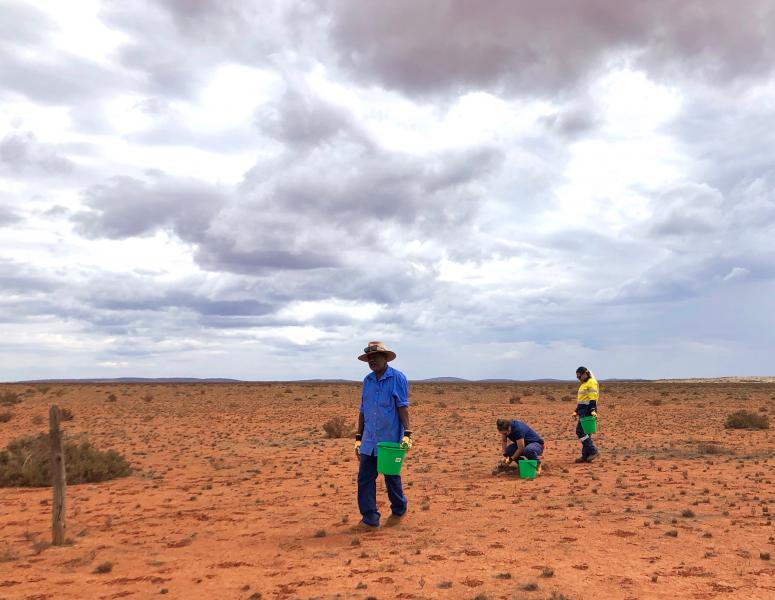 Banjima Country Management have worked closely with WA’s Parks and Wildlife Service (PAWS) for the past four months to remove and reuse old fences left on the ecologically-important Manggurdu (Fortescue Marsh) in a bid to protect local wildlife.

The Rangers and PAWS have started the removal of five kilometres of broken fence line and over 300 mulga wooden posts. Although it may not seem like much to begin with, Ranger Coordinator Rebekah Revesz says this type of work should not be underestimated.

“This type of fencing is very damaging to birds, emus and vulnerable species like the Pilbara ghost bat, that can become entangled in the barbed wire and eventually die,” she said. 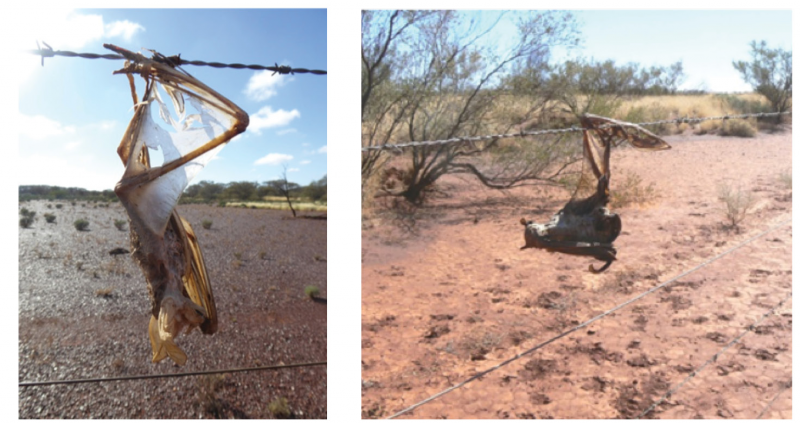 This type of Ghost bat (Macroderma Gigas, pictured above) is an endemic flying mammal that lives in isolated colonies and only found in the Pilbara region, mainly around the Hamersley and Chichester ranges.

According to the Department of the Environment and Energy, a single fence near a ghost bat colony — which are in rapid decline in the region — can effectively wipe out the entire population if it’s there for long enough.

BCM is currently looking to work with PAWS and other partners to develop and install wildlife friendly fencing on the Manggurdu. New fences would have less barbed wire and would also have a thin metal squares (pictured below) or circles to make it easy for birds to see and for bats to detect. 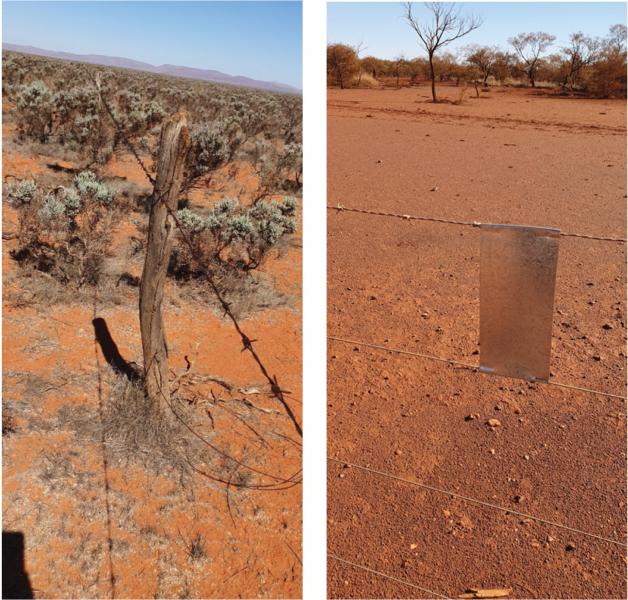 All of the old fencing materials will now be taken off country to be reused or recycled by the Banjima Rangers and the Banjima community.